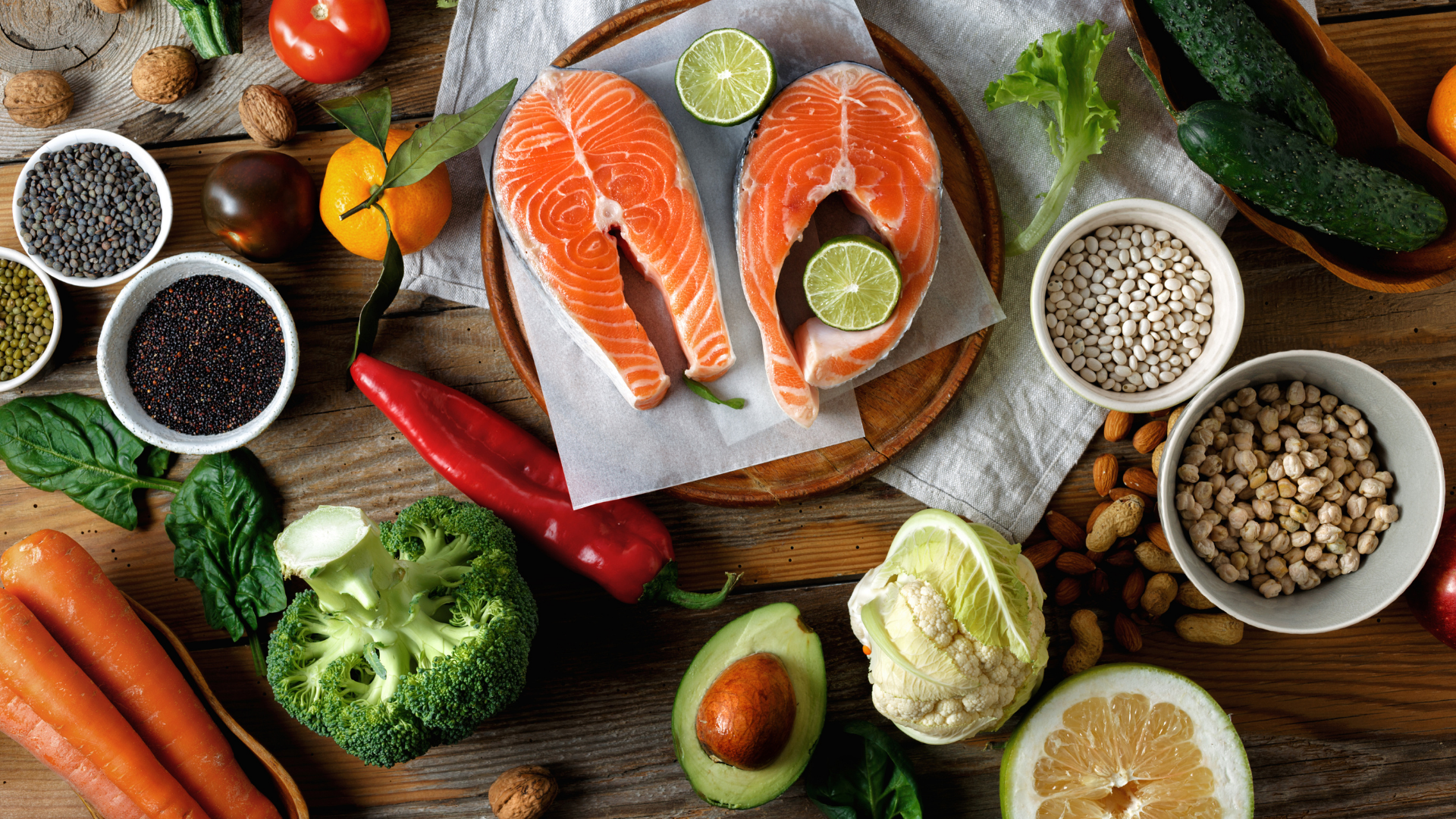 It’s National Arthritis Awareness week in the UK, and I feel it’s a great time to write about how diet affects rheumatoid arthritis.

Even though the focus should be on what to eat to prevent or reduce rheumatoid arthritis symptoms, most people are more concerned about what food to avoid. If you’re one of those, I will tell you right now.

According to existing scientific evidence, the foods and nutrients that may make rheumatoid arthritis worse and you should avoid or limit include red meat, sugar-sweetened drinks, salt, alcohol, coffee, trans-fatty acids and excess omega-6 fatty acids.

That said, avoiding individual foods and nutrients alone is unlikely to affect rheumatoid arthritis significantly. Instead, it’s your overall dietary pattern that makes a considerable difference.

Before we delve in, let’s cover some basics.

What is Rheumatoid Arthritis?

Rheumatoid arthritis is a long-term inflammatory disorder that arises when the immune system attacks the joints. It causes joints damage, muscle breakdown, pain, stiffness, and fatigue and reduces the quality of life in people affected (Guo et al., 2018).

Some people have genetic mutations that increase their risk of developing the condition. And when exposed to environmental factors such as cigarette smoking, air pollution, dust, infections, and unhealthy eating habits, their immune systems become overwhelmed and ‘broken’ and begin attacking their bodies, leading to rheumatoid arthritis.

Scientists are beginning to regard diet and nutrients as crucial factors that influence the onset and course of the condition. Although some studies show links between dietary habits, mainly fruits, vegetables and red meat intake and the disease’s development, the findings are still inconclusive.

However, more recent studies are beginning to show that diet may impact the onset and severity of rheumatoid arthritis.

Long-term inflammation – characterised by pain, swelling, redness and heat – is the driving force behind rheumatoid arthritis and many other long-term diseases such as type 2 diabetes, cardiovascular disease, and Alzheimer’s disease (Furman et al., 2019).

Inflammation increases the production of proteins that cause long-term damage, such as c-reactive protein (CRP), interleukin (IL)-6, and tumour necrosis factor-alpha (TNF-⍺) (Furman et al., 2019).  Food strongly influences rheumatoid arthritis and other diseases because it contains nutrients and other components that lessen or exacerbate inflammation.

Carbohydrates and fats are nutrients that receive plenty of attention.

Green tea contains epigallocatechin-3-gallate (EGCG), a compound that blocks the effects of several inflammatory proteins such as IL-1 (Ahmed et al., 2006). EGCG reduces inflammation in mouse models of arthritis, but its therapeutic effects have not been shown in humans (Min et al., 2015).

Fruits and vegetables contain flavonoids – compounds with antioxidant, antibacterial and anti-inflammatory properties. Genistein, a major flavonoid in soybeans, has been shown to block IL-1 and TNF-⍺ activity in the joint cells from people with rheumatoid arthritis (Zhang et al., 2012).

Most of the foods mentioned are common in Western diets. And overall, evidence shows that western diets, characterised by high intakes of red meat, saturated and trans-fat, refined carbohydrates, and low omega-3 intakes, may increase rheumatoid arthritis risk and increase its severity in people who already live with it (Manzel et al., 2014).

High intakes of omega-3 fats, antioxidants, and vitamin D are all associated with a lower risk of rheumatoid arthritis. Although scientists have shown how single foods and nutrients affect rheumatoid arthritis risk, people don’t eat single nutrients and foods, and, therefore, dietary patterns are more valuable to investigate.

Because of this, many studies have begun investigating how different dietary patterns affect rheumatoid arthritis, and while the findings have been mixed, some aspects of each research are consistent.

The Mediterranean diet has been heavily studied and has shown benefits in degenerative brain diseases, cardiovascular diseases, and diabetes (Lacatusu et al., 2019). Most of its health benefits are because of its rich monounsaturated fatty acids, antioxidants, omega-3 fatty acids, unrefined carbohydrates, and fibre content (Widmer et al., 2015).

Although one study has shown that the Mediterranean diet reduces disease activity and improves physical function and vitality in people with rheumatoid arthritis (Skoldstam, Hagfors and Johansson, 2003), others haven’t (Hu et al., 2015; Vadell et al., 2020). However, a recent study showed that a Mediterranean-style diet reduces inflammatory proteins in people with rheumatoid arthritis (Hulander et al., 2021).

Probiotics, ‘live microorganisms, which when administered in adequate amounts, confer a health benefit on the host’ are now being promoted as useful additions to the diet. Probiotics are present in many fermented foods including yoghurt, sauerkraut, tempeh and kombucha.

Similar results have been observed in clinical studies.

What is a healthy diet for people with rheumatoid arthritis?

It should be obvious already, but a healthy diet for rheumatoid arthritis should include plenty of whole, unprocessed foods such as whole grains, legumes, fruits, vegetables, nuts, and seeds.

The diet should also include fatty fish such as sardines, salmon, and trout. Fruit oils such as olive and avocado oils should replace vegetable oils rich in omega-6 fats, and red meat intake should be reduced. It may be worth adding probiotics to the diet, since they may increase the quantities of beneficial bacteria in the gut, reduce inflammation and strengthen immunity.

Avoid or limit sugar-sweetened drinks, salt, alcohol, and coffee. It is also beneficial to include a vitamin D supplement, especially if you live in a temperate region, as it promotes bone health and potentially reduces the severity of rheumatoid arthritis.

So, now you know that

Your overall eating habits contribute to your risk of developing rheumatoid arthritis and its severity.

Rather than worrying about which foods to avoid, focus on changing your eating habits and including plenty of whole, natural foods. Eat plenty of fruits and vegetables, whole grains, legumes, nuts, seeds, probiotics, and fatty fish. Avoid processed foods such as sugary beverages, processed meats, and excess alcohol.

Include lots of exercise, get enough rest and quit smoking.

These changes will take some time to show their benefits. But if you are consistent, you’ll reap the benefits.

Not sure how to change your eating habits? Download my free guide with ten steps to adopting healthy eating habits for life.