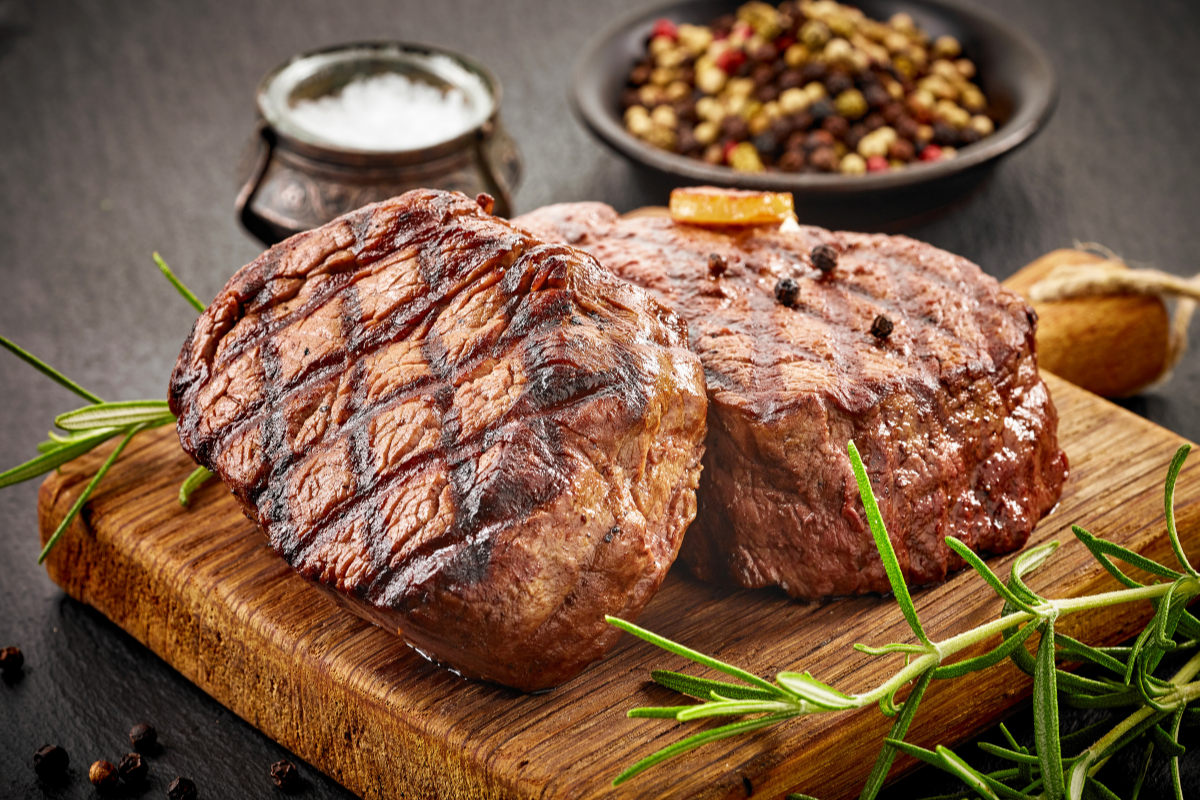 Lean Beef Can be Part of a Heart-Healthy Diet

Lean beef, in moderate quantities, can be part of a heart-healthy diet, a new study suggests.

The study, “Effect of varying quantities of lean beef as part of a Mediterranean-style dietary pattern on lipids and lipoproteins: a randomised crossover-controlled feeding trial,” was published in The American Journal of Clinical Nutrition.

Many observational studies have linked high red meat intakes with an increased risk of cardiovascular disease (CVD). However, a link between red meat intake and CVD does not mean red meat causes CVD.

Nutrients, foods, and food components are not eaten alone; they are instead eaten as part of a whole diet. The whole diet may, therefore, have a more significant effect on health than single foods.

However, it is unclear whether eating red meat in quantities above the Mediterranean diet recommendations of 0.5 oz per week negatively affects cholesterol levels and other markers of heart disease.

After excluding beef, the remaining protein on the MED diet came from fish, poultry, pork, nuts, eggs and legumes. All MED diets provided 250 milligram (mg) of EPA and DHA omega-3 fatty acids daily and contained less than 300 and 2300 mg of cholesterol and sodium, respectively, daily.

The diets were prepared on-site at each facility and consisted of three meals and two snacks daily using a seven-day rotating menu.

A total of 55 healthy adults, with a mean age of 49 years, body mass index (BMI) of 27, with healthy LDL cholesterol levels were included in the study.

All diets significantly decreased triglycerides and LDL particle number from baseline, but “LDL particle number was lowered to a greater extent with MED0.5 (low) and 2.5 (moderate), suggesting greater CVD risk reduction with low to moderate amounts of lean beef incorporated in the diet when compared with similar amounts of lean beef included in the AAD.”

The researchers explained that “in the present study, the reduction in HDL concentration and particle number appears to be driven by the loss of small HDL particles…”, which is associated with a lower CVD risk.

Study limitations, the researchers wrote, included an inability to monitor participant compliance to the study, the lack of a control group eating a meat-free diet and the predominantly Caucasian study population.

“In conclusion, our results demonstrate that the consumption of a healthy Mediterranean-style dietary pattern with different amounts of lean beef (14, 71 or 156g per day) improves lipids and lipoproteins when compared with a typical American dietary pattern containing 71 g/day of lean beef,” the researchers wrote.

“These findings are consistent with the transition to dietary pattern-based recommendations and demonstrate that lean beef in amounts no more than 71 g (2.5 ounces/day) can be part of a healthy Mediterranean-style dietary pattern without attenuating the cardiovascular benefits.”

This Vitamin May Protect Women Against Early-Onset Colorectal Cancer