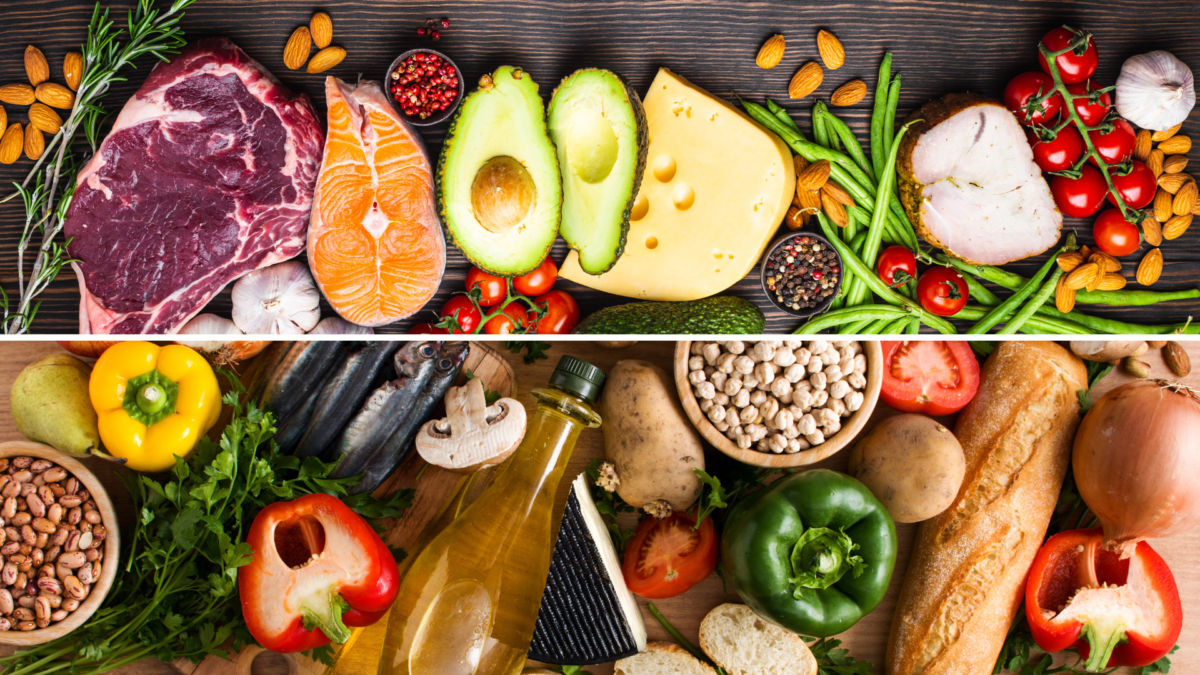 The Mediterranean and ketogenic or keto diets reduce glycated haemoglobin (HbA1c) – average blood sugar over two to three months – similarly in people with prediabetes and type 2 diabetes, but the Mediterranean diet is more nutritious and sustainable, a new study has found.

“We found that both the WFKD [well-formulated ketogenic diet] and Med-Plus [Mediterranean-plus] were associated with improved blood glucose and reduced body weight…In a clinical setting, patients should be supported in choosing a dietary pattern that fits their needs and preferences. There should be less focus on promoting one particular diet approach as best; rather, clinicians should allow patients to make an informed choice to help them establish which approach is most suitable for them,” the researchers wrote.

The study, “Effect of a ketogenic diet versus Mediterranean diet on glycated haemoglobin in individuals with prediabetes and type 2 diabetes mellitus: The interventional Keto-Med randomised crossover trial,” was published in The American Journal of Clinical Nutrition.

Nutrition guidelines recommend personalised diets to manage prediabetes and type 2 diabetes, but they have not identified the best diet for these conditions. The Mediterranean diet, which emphasises whole, unrefined grains, fruits, vegetables, legumes, olive oil, fish, nuts and seeds, has been widely studied, with most nutrition guidelines recommending it as a practical approach to lowering blood sugar.

Low-carb and very-low carb or keto diets, which typically limit grain, fruit, and legumes, also effectively lower blood sugar but are associated with potentially harmful cardiovascular effects. It is still unclear which of the two diets is superior for long-term blood sugar control.

Now, a team of researchers at Stanford University investigated how the Mediterranean and ketogenic diets impact blood sugar levels in people with prediabetes and type 2 diabetes. They also evaluated how both diets affect blood lipids, fasting insulin and blood glucose levels.

During the keto diet, they limited their carbohydrate intake to 20-50g per day. They also eliminated legumes, fruits except for berries, and all grains and sugars; their mineral and fluid intake was optimised to maintain electrolyte balance. During the Mediterranean phase, participants followed a primarily plant-based diet including starchy vegetables, legumes, fruits, whole grains, nuts and seeds, with fish as the primary protein and olive oil as the primary fat.

Participants were encouraged to avoid all added sugars and processed foods during both diet phases. They received pre-prepared meals for the first four weeks of both diet phases and self-prepared their meals for the remaining eight weeks. Notably, all participants with type 2 diabetes stopped taking sulfonylureas – a blood sugar-lowering medication- during the keto diet and reduced it by half during the Mediterranean diet.

The participants logged their food intake on nutrition tracking software, and a dietitian and diabetes educator monitored their diets during the study to ensure adherence. They also wore continuous glucose monitors throughout the study, and the researchers measured their weight, blood pressure, fasting blood and insulin levels, HbA1c and lipid profile at regular intervals. The participants were reassessed 12 weeks after they completed both diets.

A total of 33 adults – 20 with prediabetes and 13 with type 2 diabetes – completed the study. The participants were a median age of 60; 60.6% were male, and 45.5% were Caucasian. Overall, the participants adhered closely to both diets but consumed less fibre, folate, vitamin C, and magnesium while on the keto diet.

The keto and Mediterranean diets decreased the participant’s HbA1c levels by a mean of 9% and 7%, respectively, but the difference was not statistically significant. The participant’s average blood glucose was significantly lower during the keto diet. And although both diets increased their time-in-range (time spent in the target blood glucose range), the keto diet had a greater effect. Notably, both diets induced similar weight loss (8% for keto and 7% for the Mediterranean diet) and improvements in fasting glucose, insulin and HDL cholesterol.

All participants were eating a Mediterranean-style diet 12 weeks after completing both diet phases.Their diet contained fewer calories, added sugar and carbohydrates, and higher fat compared to their diets before the study. Although they maintained their weight loss, higher HDL cholesterol and lower HbA1c, their fasting insulin and triglycerides returned to baseline levels, and LDL cholesterol was higher than at the study’s start.

In summary, the researchers found that “HbA1c values were not different between diet phases after 12 weeks, but improved from baseline on both diets, likely due to several shared dietary aspects. The WKFD led to a greater decrease in triglycerides, but also had potential untoward risks from elevated LDL cholesterol and lower nutrient intakes from avoiding legumes, fruits, and whole, intact grains, as well as being less sustainable.”

Since both diets provide similar benefits, the researchers believe it is unjustified to risk nutrient deficiencies and cardiovascular disease just to maintain a keto diet. Moreover, “at the 12-weeks follow-up, the participants’ dietary patterns were more similar to the Med-Plus, suggesting a potential for greater sustainability of the Med-Plus in the long-term,” the researchers wrote.

“Collectively, these comparative outcomes do not support a benefit sufficient to justify avoiding legumes, whole fruits, and whole, intact grains to achieve the metabolic state of ketosis,” they wrote.

Clinicians should support patients in choosing sustainable diets that suit their lifestyles.

Since both diets provide similar blood-sugar and weight-lowering benefits, the Mediterranean diet may be ‘safer’ because it does not raise bad cholesterol and is more nutritious and sustainable. That said, the best diet for you is the one suited to your lifestyle.